Last time, we looked at how to get the most out of your conservatory during winter and how best to keep it warm and cosy enough for use even during the colder months. In part two, we will be tackling condensation – the other main frustration of conservatory use during this time of year. This is a common problem in conservatories and you should never turn your back on it if it occurs persistently. If ignored, it can lead to unsightly mould growth which can damage window frames and sills, soft furnishings and rugs, and can also pose health problems as spores are released into the room. Get control over your conservatory by understanding the causes of condensation and how you can reduce its occurrence.

How is condensation formed? 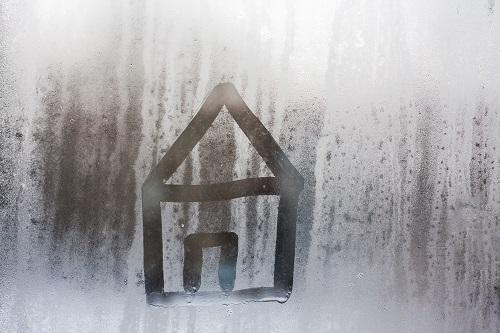 Condensation is the name given to the process of water vapour becoming liquid. It forms either when the air has reached saturation point and can no longer hold any more water, or when the temperature of the air drops to a point where the water molecules in the air slow down to a point where they begin to cluster together. This is why condensation forms on the windows of conservatories, as the indoor air comes into contact with the cold glazing, forcing the water molecules to bead together into water droplets. Water vapour is created from the accumulation of our everyday tasks and routines; taking a bath or shower, cooking a meal, drying clothes, and even breathing – all of these contribute to the amount of water in the air. 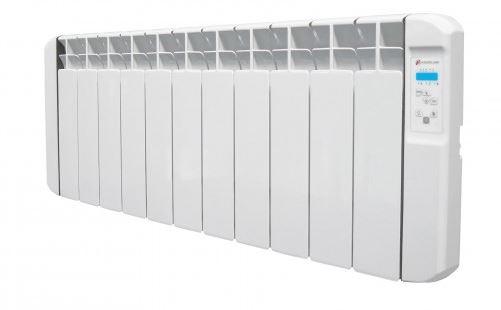 Sources of fresh air and increased circulation are reduced in modern homes and conservatories, which are designed to be much more air-tight than their predecessors. This can increase instances of condensation as air reduces in movement and cools more quickly, so you may need to be more vigilant if you live in a property with poor ventilation. You can prevent condensation in your conservatory by increasing the temperature of the air, keeping it warm and circulated, but this won’t deal with the underlying problem of the amount of moisture in the atmosphere. Increase airflow by opening the windows of your conservatory, allowing any built-up vapour to escape the room. Using a heater in tandem with open windows will keep the water in the air in vapour form, preventing it from cooling too much, but will also increase convection so that it can leave the room easily. A good conservatory radiator will be able to get the air warm and ensure it circulates around the room. Keeping the doors to the conservatory closed during winter is sometimes a necessity to keep in the warmth, but where possible, you should open them up to allow for greater air circulation.

Analyse the moisture in your home

Sometimes the easiest way of dealing with moisture in your conservatory is to look at how water vapour is getting in. If your conservatory is right next to the kitchen, steam might be the issue and can be easily remedied by installing an extractor fan near to where you cook. Conservatories are often used as places to dry clothes, which is a huge contributor to any build-up of water on your glazing. Remember, if you do decide to dry clothes indoors, always keep a window ajar to allow the evaporated water to escape. Ironically, though conservatories were historically used to conserve plants during winter, you may want to move any plants into the main house as they can also contribute to the amount of moisture in the air.

Remove the moisture before it settles 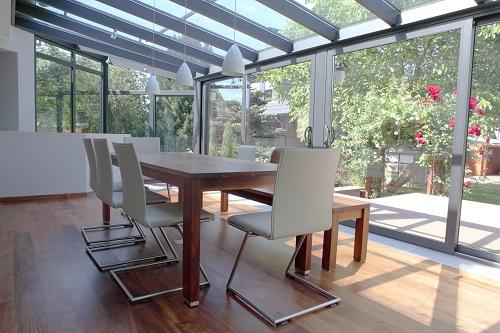 For particularly problematic conservatories that get repeated condensation, it’s well worth investing in a portable dehumidifier to pull the moisture out of the air before it gets chance to cause damage. Again, this is less cost effective as you’ll be using electricity to keep your conservatory damp-free, but it will likely yield the best results and is an excellent preventative measure to take. Just plug it in, leave it to do its job, and empty it when it’s full – it’s certainly a low-effort solution! A small caveat is that compressor dehumidifiers work better at higher temperatures, so in a colder conservatory it may take much longer to see results. Desiccant humidifiers work well regardless of the temperature and are more appropriate for use in conservatories. An alternative solution is to purchase a window vacuum; this neat little bit of kit will make removing condensation a breeze and is much more preferable over wiping down windows with cloths or endless sheets of kitchen roll. Not only that, it’s a handy tool for cleaning other surfaces around the home, so well worth considering. Drip strips are another option which involves attaching lengths of absorbent material to the bottom of your windows to catch any condensation as it runs down the pane. This method is very inexpensive but does require you to monitor the saturation of the strips and regularly wring them out to be used again.

By increasing ventilation and removing any water vapour before it has chance to build up, you can ensure your conservatory is clean and comfortable for use at any time of the year. What’s more, using electric radiators can keep your conservatory nicely warm as well as help to reduce condensation. Try not to keep those doors closed the entire time – throwing them open and getting some fresh air in there can be the best way to keep on top of any excess moisture. All of these solutions are simple to implement, so don’t let condensation dampen your spirits (or your window sills).