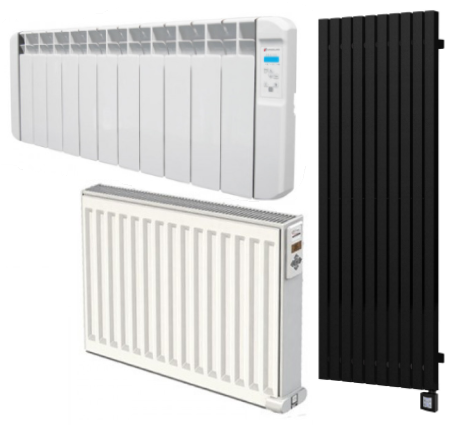 Electric radiators: they’re our bread and butter, but, for a lot of people, they’re a bit of a new concept. Unless you’re unusually interested in the minutiae of heating tech, chances are you only discovered electric radiators while searching for replacements for old storage heaters, or perhaps you moved to a new property with no access to gas. Even those who have heard of electric radiators are usually more familiar with those cheap electric heaters we’ve all used as a stopgap over the years. To the uninitiated, the obvious questions is: what’s the difference? Are electric radiators better? And if so, are they worth the price tag?

In this blog, I set out to answer these questions. In simple terms: are electric radiators any good? What makes them so special? And what do they actually do? I hope in the end you’ll come to agree, like me, that they’re worth every penny.

There is a common misconception about electric heating that we hear far too often:

"All electric heaters are 100% efficient, so there’s no difference between heaters of the same wattage: a 2kW fan heater is the same as a 2000w radiator”.

It’s an easy mistake to make – but although both heaters use 100% of the electricity they draw from the mains, cheap heaters use this power a lot less effectively. In a fan heater, most of the electricity used goes into powering the fan, which forces the air to come into contact with the tiny heating element inside the heater. This heating element is so underpowered that it simply won’t heat the room without the fan. The heater will also need to run continuously to keep the room at temperature because it doesn’t retain any heat after it switches off. 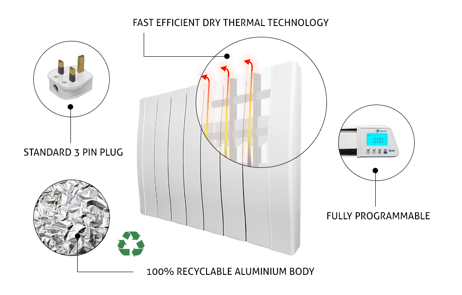 Electric radiators, by comparison, have sophisticated heating elements designed to optimise both heat delivery and heat retention. Our Haverland RC Wave radiators have lightweight aluminium elements integrated throughout the radiator body, so that the entire heater gets warm and stays warm. Our modern oil-filled radiators, such as the Haverland TT, are filled with a specially formulated liquid heating element which does the same job. These elements maximise the amount of useful heat you get out of each Watt, and ensure that the room stays warm for as long as possible when the radiator switches off.

The gulf in efficiency between radiators and fan heaters becomes clear when you compare their applications. While a 1700w electric radiator can heat a 20m2 room comfortably, a 2000w fan heater will usually only be sufficient for personal heating, failing to keep even small rooms at a comfortable ambient temperature – and that’s before taking into consideration the costs of keeping the heater running all day. As far as misconceptions go, the myth about electric heater wattages is particularly unfortunate because it leaves a lot of people thinking that, by buying a cheaper heater with a higher wattage, they’re getting a good deal – when in fact they’re missing out on cheaper running costs.

How do electric radiators heat?

Electric heaters usually heat in one of two ways. Fan heaters, panel heaters and storage heaters heat via convection, warming up the air in the room. Halogen heaters, patio heaters and bar heaters heat via radiation, which warms the area in front of the heater. Both forms of heating have their benefits. Convection is fast and doesn’t require a direct line of sight to every space in the room. Radiation is invigorating and less easily lost through draughts. But what most people don’t realise is that there is one form of electric heating that does both: electric radiators. 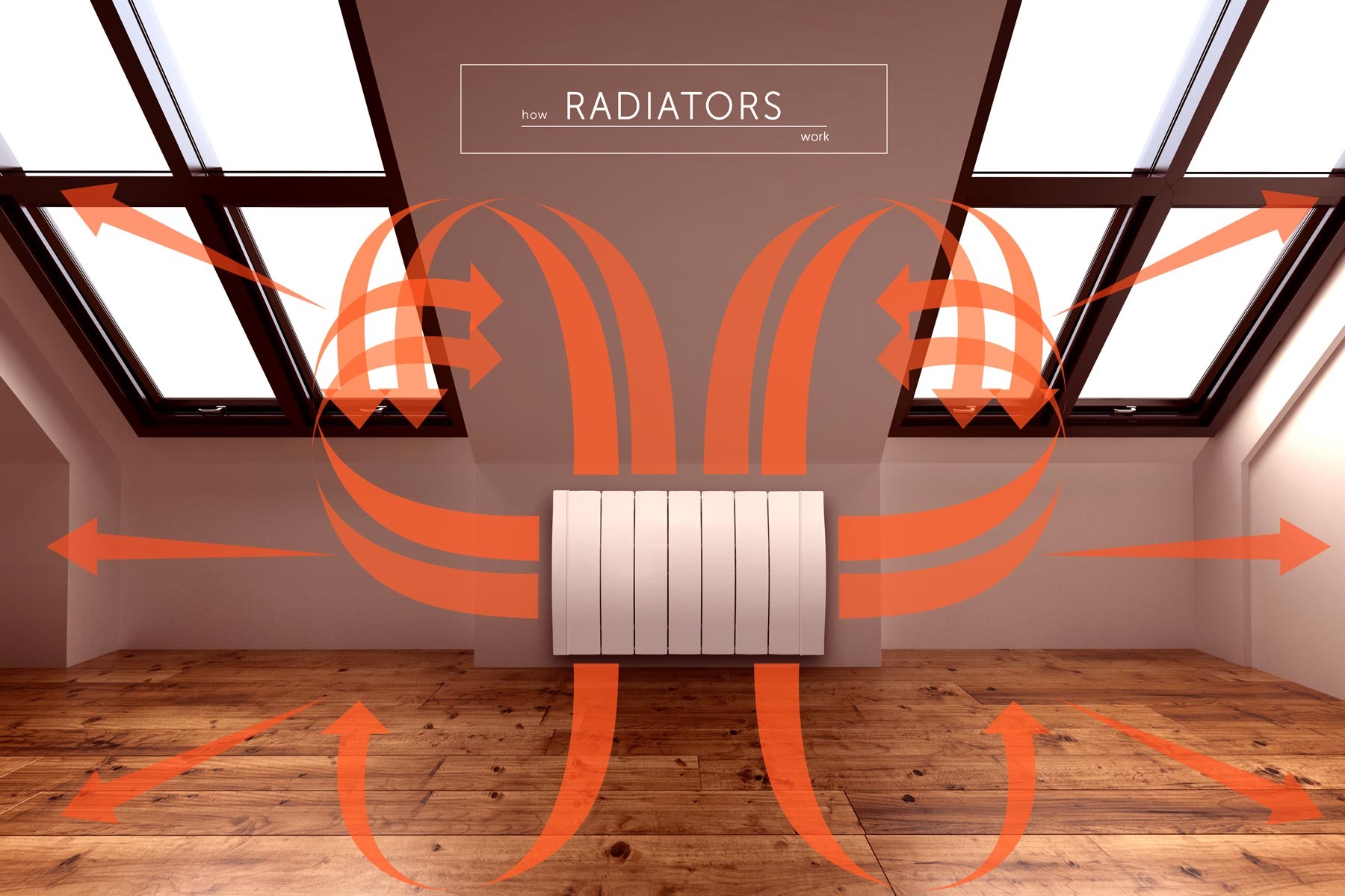 In this respect, electric radiators work just like central heating radiators. As they warm up, the inside of the radiator gets hot, which means air is warmed as it circulates around the room. Simultaneously, the surface of the radiator gets hot, which pushes heat out as radiation. Unique among electric heaters, electric radiators offer you the best of both worlds. Convection heat raises the temperature quickly and spreads heat throughout the room, even if you’ve got a lot of furniture. Radiation maintains the temperature even when hot air is lost through draughts, and it also warms the objects and surfaces in the room, which can help combat damp. This comfortable blend of heat is familiar to anyone who has lived with a gas central heating system, and it’s one of the reasons gas remains so popular. Electric radiators are exactly the same – they just do it without the pipes.

How much do electric radiators cost to run?

Electricity is more expensive than gas. Until this country’s energy infrastructure changes – and our dwindling fossil fuel resources will ensure that it does, one way or the other! – there’s not much we can do about this. However, despite the cost of the tariffs, electric heating doesn’t have to be expensive to run. In fact, in some cases, it can even be cheaper to run than gas central heating.

This sounds like a swizz, but hear us out! One of the best ways to cut down the amount you spend on energy is to use less of it, and electric radiators are much better adapted for this than gas central heating. The key to this is their modularity. In a gas central heating system, everything is connected: whenever you need heat, the whole system has to come on, sending hot water all over the house, when potentially you only want to heat one room. Electric radiators don’t have this problem. They operate entirely independently, so if a room doesn’t need heating, it won’t be heated, and you don’t need to waste energy and money heating empty rooms. In large properties, this can significantly reduce the amount of energy you expend on heating. 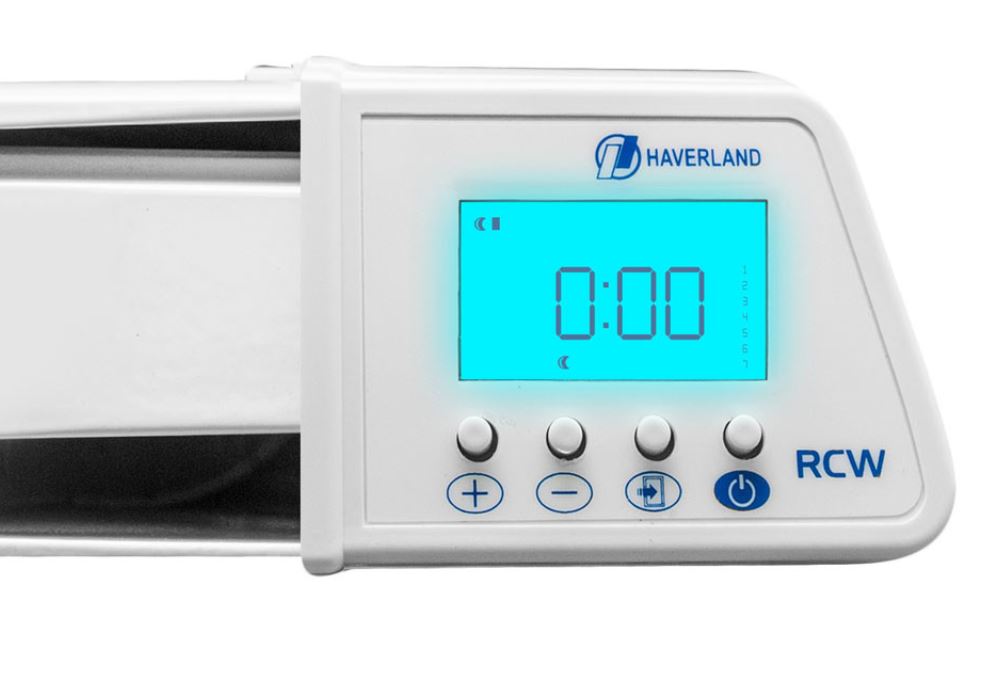 And that’s just the beginning. Each individual radiator offers even more scope for energy saving with its digital thermostat and programmer. The thermostat monitors the temperature of each room and switches the radiator on and off when the set temperature has been reached. In rooms with good insulation, the radiator may only need to draw power for a third of the time it’s switched on. This is much more efficient than the typical gas central heating set-up, where a single, central thermostat controls all the radiators in the house, regardless of the actual temperatures of the rooms. Electric radiators with programmers cut down energy use even further, allowing you to set a personalised heating program for every radiator in the house, where you can select the exact times and temperatures where you want heating. The smartest radiators will even do this automatically, using a motion sensor to learn your routine and adapt heating schedules to suit.

Cheap electric heaters don’t have these controls, which is why you’ll remember wincing at your electricity bill if you’ve ever gone through a period of just using electric heaters. But electric radiators offer perhaps the cheapest running costs of any electric heating system.

How long do electric radiators last?

If you want to save money long term on your heating, and choose something which you won’t need to replace every couple of years, electric radiators are the way to go. While fan heaters and other portable electric heaters are cheaply manufactured to hit price points, electric radiators are built to last. Manufactured from high-grade steel or aluminium, they’re solid, sturdy and can take the odd knock. With no moving parts or loose wires there’s really not much that can go wrong. That’s why radiators like the RC Wave and SmartWave come with lifetime guarantees on the body of the radiator. In the unlikely event that something goes wrong with the electrics, most manufacturers stock replacements for all the main parts, so you really are sorted for life.

Why haven’t I heard about electric radiators before?

If electric radiators are so good, you may well ask, why isn’t everyone recommending them? It’s a fair question that deserves a nuanced answer because there are a lot of factors at play. However, most of these fit into the following four points: 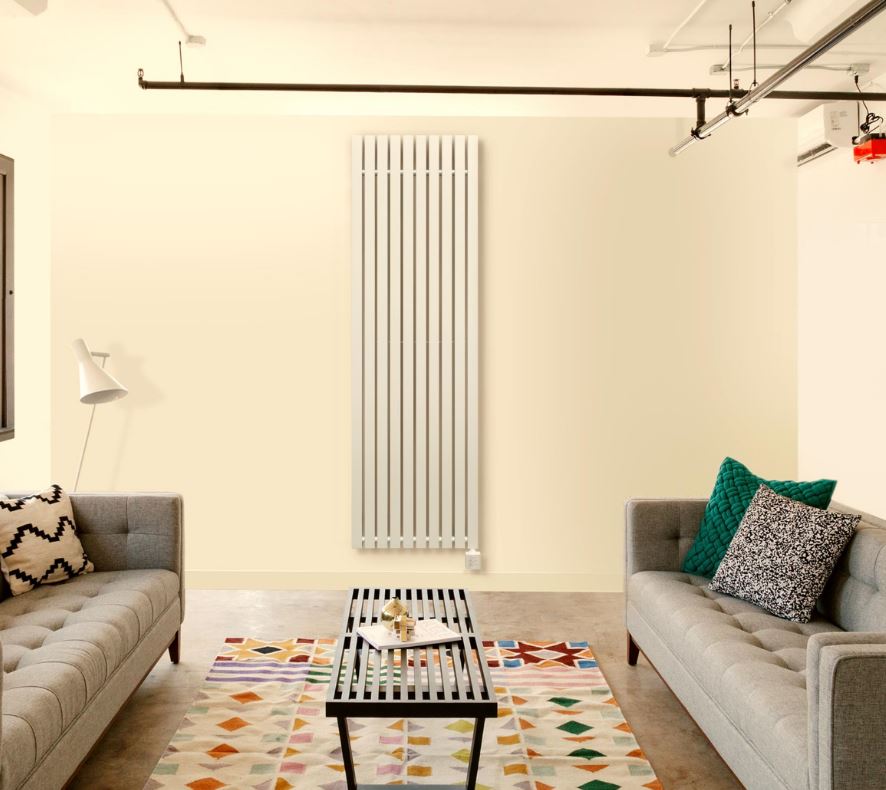 So where can you go to get a trustworthy second opinion on electric radiators? Fortunately, you still have plenty of options. Forums can be a good place to start, although watch out for well-intentioned posters confusing electric radiators with storage heaters or cheap convectors. Sites and magazines that review technology, home renovation or interior design innovations tend to be a little more ahead of the curve, so do a bit of research there for features on electric radiators. And of course, there’s no substitute for real-world encounters, so take a look at the heating choices of other people with no access to gas. A classy B&B in a remote location, a renovated property in the middle of nowhere, a swanky flat in a multi-storey building – what are they using for heating? Once you start looking you’ll find electric radiators everywhere.

One of the best resources for independent advice on electric radiators is our own review section. Curated independently by trusted review platform Feefo, all the reviews on our site come from genuine customers. We have no power to amend or omit bad reviews – unless they contain offensive content – so they’re a great place to find honest feedback on our products. And with an average rating of 99%, out of, at time of writing, 1235 reviews, you’ll find we have every reason to be proud of our electric radiators.

So, don’t take our word for it. Delve into our reviews and discover why all our customers agree – electric radiators are worth the investment.