The UK is fortunate enough to have some of the best renewable energy resources in Europe, as our little island nation is exposed to fierce winds and roiling waves – ideal conditions for harnessing renewable energy. Though the government looks set to miss its EU 2020 target of sourcing 15% of the UK’s total energy from renewables, the progress being made toward clean, green energy is still encouraging. New innovations in renewables are constantly developing and two Scottish-based companies have announced a project that could be a potential game-changer in the field of wind power.

Harnessing the power of the streets 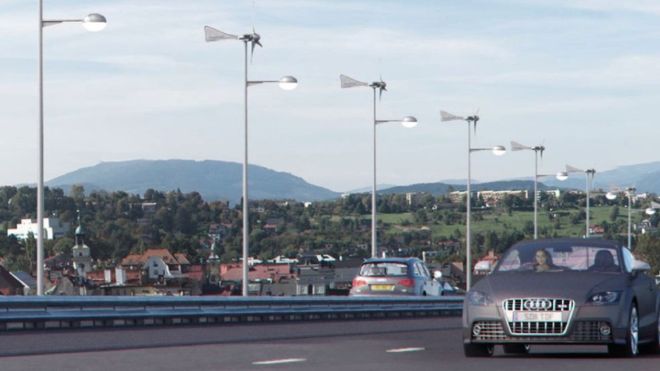 A future of self-powered lampposts might sound too good to be true, but it could well become a reality thanks to the green technology created by Own Energy Solutions and NVT Group. Their mini wind turbines are small enough to be mounted to any lamppost and will be able to harvest renewable wind energy at higher elevation, powering the lamp itself but also feeding energy back into the National Grid using a custom-made inverter. The implications of this technology are significant: with every lamppost in the UK powered by its own turbine, the amount of energy needed for this public necessity is greatly reduced, freeing up a lot more electricity for use during the evenings.

When you consider just how many lampposts there are in the UK, you can quickly get an idea of how far-reaching this technology has the potential to be. NVT Group’s website states that of the ten million or so lampposts in the UK, around 20% of these has the potential to be converted for use with their turbines. It doesn’t just stop there, however, as this technology could be exported on a global level. NVT Group have stated that “each suitable lamppost conversion will save half a ton of carbon being released into the atmosphere” and, if this is accurate, would go a long way internationally toward helping reduce carbon emissions if it reached wide-scale adoption. Predicted to create 300 jobs in the next three years and a possible turnover of £400m in the next five, Own Energy and NVT Group’s joint venture looks set to expand rapidly. 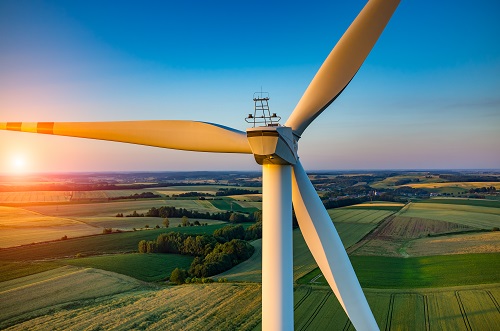 Wind turbines often divide opinion as a renewable energy solution, whether they come in the form of large-scale wind farms or small domestic turbines. On the positive side, it’s a waste free, inexhaustible energy source which can dramatically reduce our reliance on fossil fuels; but on the negative side, it’s unpredictable and dependent on nature’s whims. Love them or hate them, the prospect of pole-mounting wind turbines certainly presents an interesting alternative over other methods, which can be seen as a blot on the landscape, or a noisy nuisance by some. Even the most vocal nay-sayers would have to admit that in a largely urban environment, lamppost wind turbines would make little aesthetic difference, so in that respect at least, there shouldn’t be much cause for complaint. Noise, on the other hand, could present more of a problem.

Many would argue that the noise and vibrations caused by wind turbines is a topic that still needs extensive research due to ongoing and repeated complaints from residents living close to wind farms. Even smaller domestic turbines can cause noticeable whirring audible from both inside and outside the home. One on its own may not cause any issues but an entire street’s worth of lamppost turbines may bring with it new difficulties, especially if they’re close to residential areas. It’s possible that any sound will get absorbed into the overall noise of the traffic but this will remain to be seen, and likely be subject to existing turbine planning location guidelines.

If lamppost wind turbines catch on, it will be exciting to see how much of a difference it will make to how we view renewable energies, and how much of an impact it will make to the decarbonisation of the energy sector. The Centre for Sustainable Energy has written a comprehensive document about common perceived issues with wind power, so if you’re interested in learning more, you can read about it here.

Renewables and the future of clean energy 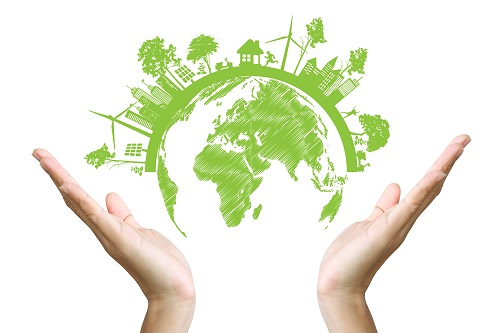 The technological collaboration announced by Own Energy and NVT Group has been met positively by the Scottish government and it’s highly likely that other governmental bodies at home and abroad will take notice of this new renewable energy solution. Though it’s unclear as yet how successful this venture will be, the creation of a low-maintenance and completely clean energy source is going to be incredibly sought after, especially as the prices for fossil fuels continue to climb. The development and implementation of lamppost wind turbines is certainly something to watch out for in future and – you never know – you might even have one near you in the years to come.