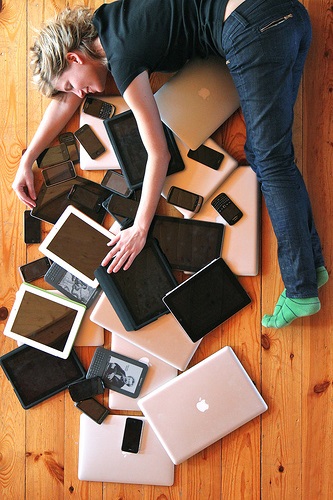 For the majority of British homes, modern technology has become a way of life. Most of us are giving space in our homes to an ever increasing array of gadgets, gizmos and blinking lights to satisfy our thirst for the latest tech. As we delve ever deeper into the endless supply of devices in our lives, is it time to ask the question, what are the real costs of owning all these gadgets?

Gadget ownership on the increase

It will come as no surprise to hear that gadget ownership has soared over the past few years. Since 2010 the ownership of:

And this is only the tip of the iceberg. Added to this list of most commonly owned gadgets there are also drones, action cameras, exercise wristbands, smart watches, smoothie makers and much, much more. The Energy Saving Trust (1) have highlighted the kitchen as one of the areas where gadget ownership is booming, with 58 per cent more gadgets in this room than five years ago.

There are some things you would like to live with … and some you can’t live without. Let’s look first at those items which we really cannot live without, but which might be adding more to your energy bill than you thought:

As you can see, some of our everyday gadgets really start to pile up the pennies on our electricity bills if you don’t keep an eye on how you’re using them. There are ways to reduce the demand of these appliances, however. Here are some top tips:

● Washing Machine: Wash a full load, wash at 40 degrees or less
● Kettle: Boil only the water you need, descale regularly
● Fan Oven: Don’t wait for it to warm up – put the food in immediately and use a microwave wherever possible
● Fridge or Freezer: Keep free of ice and around two thirds full
● Shower: Turn the water off while you soap and wash hair, get a flow reducing head

Of course, one of the best ways to reduce the cost of these appliances is to buy a highly energy efficient product in the first place. Look for A rated appliances wherever possible, and invest in a new appliance if yours is old and inefficient. For us that means finding you the most energy efficient radiators instead of clunky storage heaters or a dilapidated central heating system – but the same holds true for your fridge, freezer, oven, kettle or washing machine.

So, these are the gadgets we generally think of as being essential to life. But what about all our ‘toys’, the things which while not essential certainly add to our quality of life? Do you know how much your devices really cost?

● Smartphones: Smartphones have bigger screens than traditional ‘brick’ phones, which means they’ll typically need charging at least once a day. The average daily charge will set you back about 48p over the year.
● Tablets: Bigger batteries mean less frequent charges, so every other day is usually sufficient. The cost per year would be around 64p.
● Laptops: Laptops are bigger and more powerful than mobile devices, so cost more to run. Using a 20W MacBook for three hours per day would cost around £3.62 every year.
● Desktop computers: Desktop computers consume around 80W, whilst their monitors consume around 30W. If you used such a device for six hours a day, it would cost £15.13 a year.
● TV: TV’s are the biggest screens in the house, and modern LED TV’s consume around 80 – 100W. Plasma screens are much more energy hungry, and use around 200W per hour. Add in a home cinema system and you could be looking at an additional 30 – 100W. For the average 40” LED or LCD TV, the cost to watch four hours per day would be £8.91 a year.
● Games consoles: PlayStation 4’s use around 137W during gameplay, and Xbox One’s use around 110W. More worryingly, these devices are more power hungry in standby mode than most other gadgets, consuming around 10 – 13W when apparently switched off. The estimated cost per year of owning one of these is around £22.64.
● Router: Your Wi-Fi router may seem like it’s not doing much, but actually they consume in the region of 10W per hour. Because we leave these items on all day, every day, the cost per year is typically around £10 - £12 depending on the model.

Although most of these costs seem fairly low individually, a typical family will own multiple devices, which will exacerbate the impact of these costs. If you own two smartphones, a couple of tablets, two laptops, a games console, two TV’s and a Wi-Fi router, the total annual cost of these devices will still be under £100 a year.

This may sound affordable to you, and is certainly much less than is taken up by cooking, lighting and washing in your home. However, it does account for around 10 – 20 per cent of the average family electricity bill in the UK, which is certainly nothing to be sneezed at. 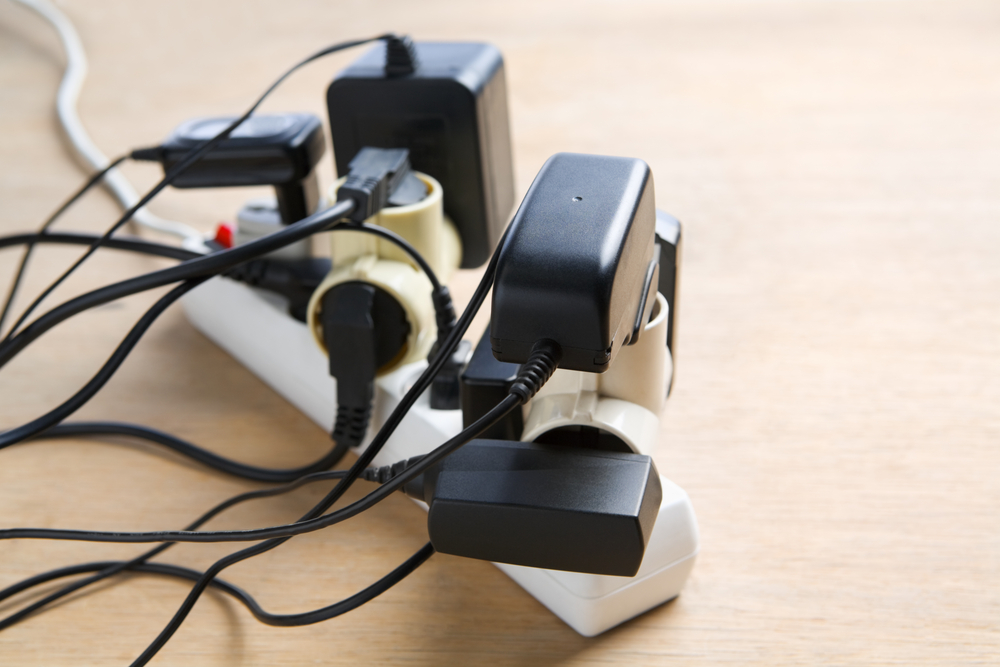 A recent report by research panel Ipsos Mori (2) found that leaving our many gadgets in standby mode could be costing UK households around £600 million every year, that’s around £30 per household. But when you consider there are over 10 million older people in Britain today who tend to have much fewer devices, those of us with gadget loving households could be paying significantly more than that.

In fact, the Energy Saving Trust (3) says that just leaving a set top box on standby all year round could cost us £20 a year on its own in standby charges. The worse energy guzzlers when left on standby are:

Leaving things on standby is money down the drain, and although it may seem like a hassle to switch things off at the mains, it could go a long way towards lowering your energy bill and reducing your carbon footprint. If you can’t get to the switches, consider putting devices on a timer so they’re off when you’re not around or sleeping.

Alternatively, there are numerous devices available to help you banish standby from your home, from remote controlled plugs to intelligent automatic shutdown sockets.

While wasting money on gadgets that we don’t necessarily need, aren’t using or don’t realise are so power hungry is annoying for many households, the real price will be paid not from our own bank accounts but by the planet itself. Despite extensive action and campaigning to get people to lower their energy consumption, the Energy Saving Trust warn that today we are actually using more energy than we were five years ago because of our love of technology.

In their aptly titled report “The elephant in the living room”, the Trust say that the average UK resident now owns around three and a half times more gadgets than 20 years ago, all of which is adding to the energy demand in the UK and endangering our efforts to mitigate climate change. Indeed, while we were previously on track to achieve our 2020 targets for carbon reduction, today it looks as if we might fail to the tune of approximately 7 million tonnes.

Failing to reduce the amount of carbon dioxide in the atmosphere could be disastrous for the future of the planet. Next time you’re out shopping for a new gadget or gizmo, ask yourself, ‘do I really need this’ and, where possible, choose the most efficient product in your price range.

And of course, it can never be said enough: make sure you switch your gadgets off at the plug when they’re not in use.