Different electric bathroom towel rails heat up their surroundings in different ways. Most chrome towel rails use a thermal fluid to dry towels and make a bathroom nice and toasty in no time at all, whereas glass towel rails use ultra-fine solid-state heating elements to radiate heat across the surface, the glass panelling will then conduct the heat to your bathroom. Both chrome and glass electric towel rails are incredibly stylish, with the chrome rails having a more elegant design and the glass rails having a much more futuristic design.

In this blog we will explain how electric bathroom towel rails can be safely installed in bathrooms, be more energy efficient than central heating radiators and the answer to your heating issues in your bathroom. 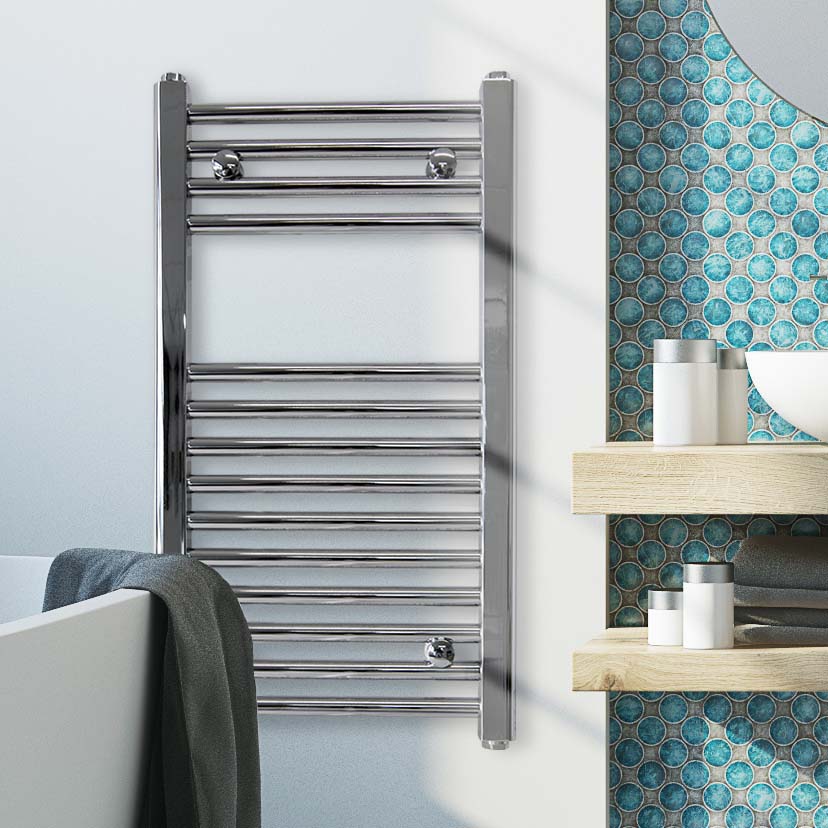 The Safety of Electric Towel Rails

It’s a bit of a myth that all electric heating products can’t be used in bathrooms. Not all can – it depends on the level of waterproofing offered by the model’s housing – but almost all towel rails are designed so that they can be safely installed alongside baths, showers and sinks. Provided they are hardwired by a professional electrician, in line with all applicable wiring regulations for bathrooms, a towel rail will be as safe as a central heating model. You can check on individual product pages to make sure your chosen product is suitable for use in bathrooms.

Glass towel rails are also incredibly safe. These designer bathroom rails use tempered safety glass to ensure that the product is robust and safe around children. They also come with a built-in thermal limiter that prevents the appliance from overheating to a point where it would be too hot to touch. The remote programmer also means that the controls and temperature of the towel rail can be locked, meaning children can’t change the temperature and potentially harm themselves.

The Style and Savings of Electric Towel Rails 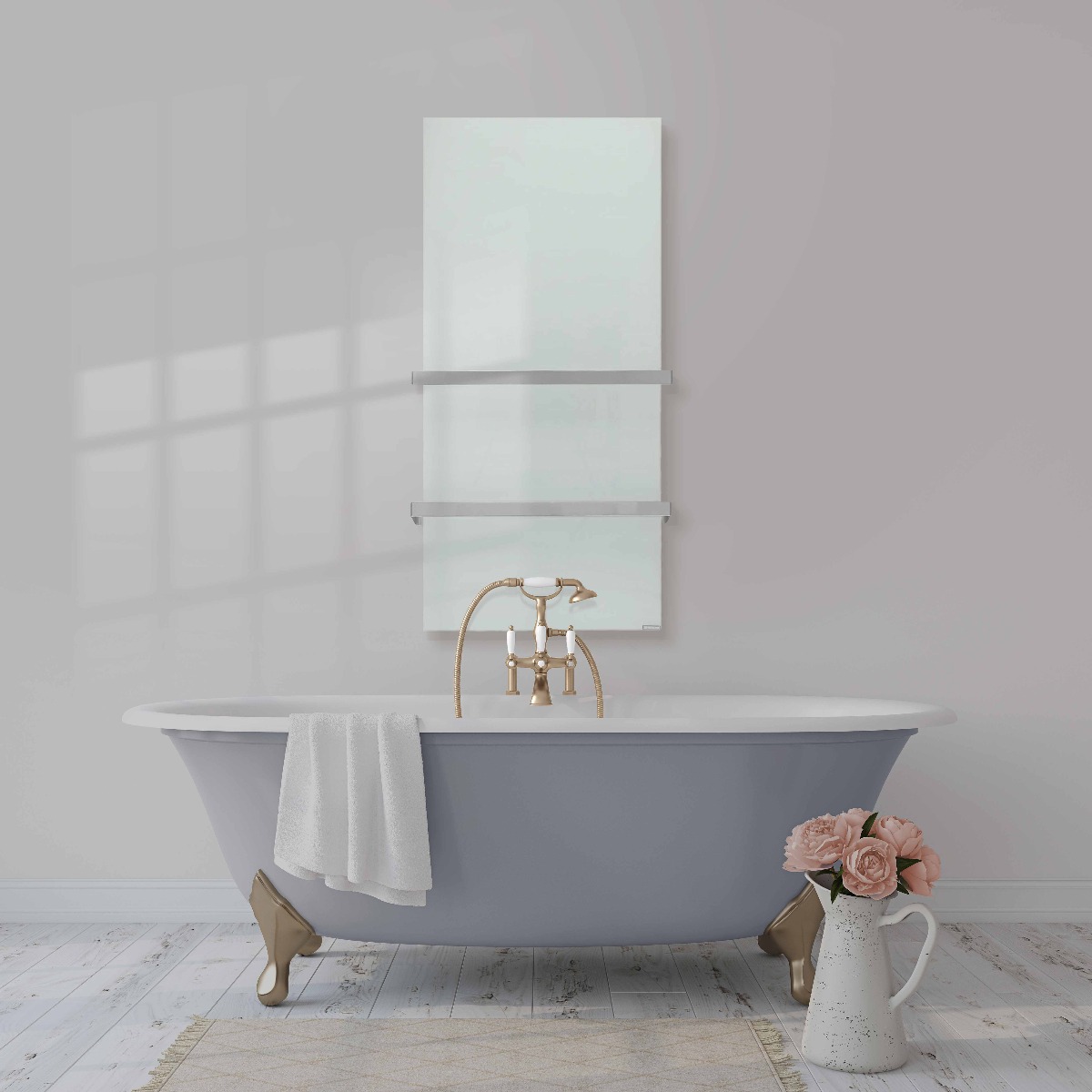 No matter what your style of bathroom is, there is an electric towel rail available that can fit into it effortlessly. If you have a contemporary bathroom, then you might want to consider one of our modern designer and glass electric towel rails. If you’re looking for something more understated but something that still impresses any visitors that you have, then a chrome towel rail is a product that you should consider. These models look identical to their central heating rivals, however there is an invisible but major difference - their impacts on your heating bills. The independence from a central heating system not only means that you can use your electric towel rail when you need it the most, it can also mean that you can switch it off when you don’t need it, meaning that any needless expense to heat it up is lost. Electric towel rails are also incredibly energy efficient, as the dry thermal fluid used inside the product means that not only do the appliances heat up quickly, they do not need to work hard to maintain the temperature that you have set them at.

Arguably, the most popular electric towel rails are chrome finished. The benefits of having a chrome finished towel rail is that they are more resistant to moisture and corrosion compared to other metals. They give a brilliant shine that can help reflect light throughout your bathroom and they’re also incredibly easy to clean meaning that this shine will last in your bathroom for the foreseeable future. The main advantage of a chrome towel rail over a stainless steel towel rail is that they are almost always cheaper to manufacture and these savings are then passed on to you, the customer. If you would like to know a little bit more about how chrome finishing works then take a look at this previous article which goes into more depth.

Deciding How to Heat your Bathroom

You now have the facts in front of you to make an informed decision between your conventional central heating radiator or a new and exciting electric towel rail. Whether you decide to go with a glass electric towel rail or a chrome one is up to you, but have a look at our extensive range of electric towel rails or call one of our sales team to help you make the best decision.