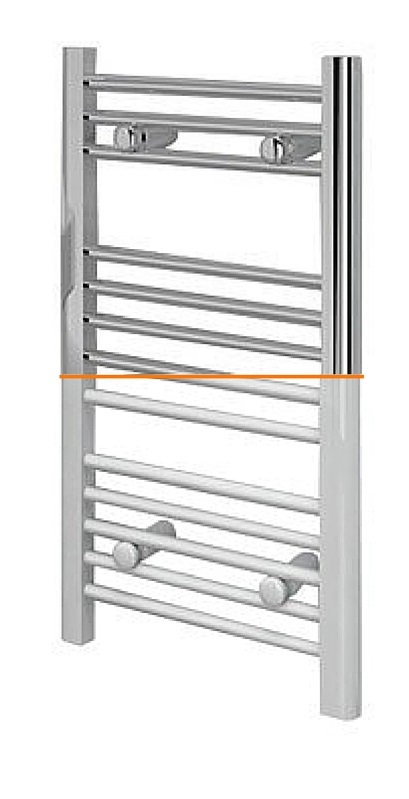 Do you remember a time when there were more than two options for your bathroom fittings? Fashions come and go in the world of interior design, but it seems that nowhere are our design choices more conservative, and less forgiving of eccentricity, than in our bathrooms. The sixties vogue for coloured bathroom suites, which introduced to the world a circus of avocado, rose, cream, powder blue and burgundy bathroom suites, has since become synonymous with all things outdated and dowdy: an unconscionable, house de-valuing interior design faux pas. It’s a slightly different story for brass, copper and gold fittings; after years languishing unloved, dismissed as old-fashioned and garish, brassy fittings are starting to reappear in high-end showrooms and cutting edge fashion mags – but they have yet to break through to the mainstream.

So, for most of us, there’s only one question on our lips when it comes to choosing our bathroom fixtures. What’s it to be: clean and classic, or sleek and shiny? Modern and metallic, or mute and minimalistic? White or chrome? The benefits of each are widely debated across construction forums, interior design brochures and DIY blogs, so we thought it was high time we joined in the debate, bringing you the lowdown on what exactly chrome is, and the advantages and disadvantages it offers when used for your bathroom heating fixtures.

What is chrome made of?

Chrome is shorthand for chromium – a hard and shiny metal that is the 24th chemical element in the periodic table. However, that is not what your chrome towel rails are made out of – at least, not in the main. When we say that an appliance is made from chrome, what we actually mean is that it is chrome-plated. Chrome is not very useful on its own: it is too hard and brittle to be used structurally in the same way as steel, aluminium or any of the alloys commonly used in construction. However, its smooth lustre and corrosion-resistant properties make it ideal for use in metal alloys – or as an external coat for appliances made from other metals.

How does chrome plating work?

Chrome plating is the technique of amassing a thin layer of chrome over the external surfaces of a metal or plastic object. Chrome towel rails are made of steel alloy with a layer of chrome built up over the surface.

The chrome-plating technique is a complex industrial process: the chrome layer is never simply “painted on” or applied by hand. Heating manufacturers and independent chrome platers everywhere use chemical electrolysis to plate objects with chrome. The steel towel rail and a sheet of chromium are suspended in a metal salt solution and attached to a battery. The electric circuit formed displaces positively charged chromium ions from the sheet of chromium, and attracts them to the negatively charged towel rail body. Within a short space of time, this process builds up an even layer of chrome on the surface of the towel rail.

Chrome-plating is used in industries ranging from motor sports to interior design to jewellery because it prevents corrosion and gives the plated item a hard, smooth and shiny finish.

Are there different types of chrome plating? 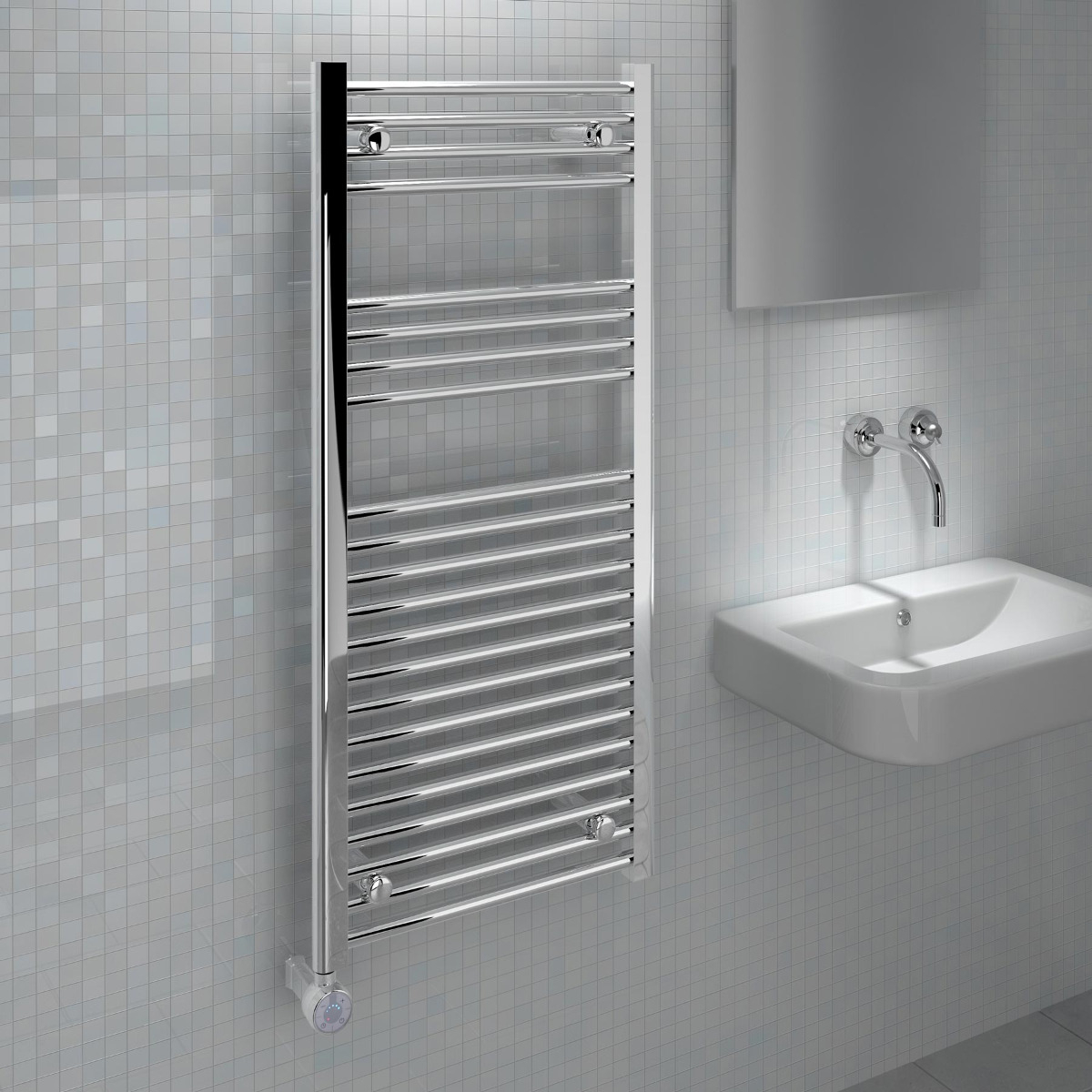 Hard chrome plating is used primarily for engineering parts. A heavy coating of chromium is used – around a thousandth of an inch – which helps the plated items withstand hardness testing. Hard chrome plating is purely functional, and is rarely used for decorative purposes. Examples include components in cars, motorbikes and factory machinery.

Decorative chrome plating is more common, and is the form of chrome plating used on electric towel rails. The chrome layer is exceptionally thin – at around a millionth of an inch – and provides corrosion resistance and a smooth, shiny surface. Decorative chrome plating almost always involves first plating with layers of other metals. Nickel is most commonly used and is sometimes combined with a layer of copper. Examples include car bodywork, kitchen and bathroom appliances, and jewellery.

The level and quality of the chrome plating found on any item will depend on a number of factors at play in the manufacturing process. Factors include the number of layers used, the type of metal used in the layers beneath the chromium, the type of salt solution used, and the cleanliness of the elements used in the electrolysis cell.

Unfortunately for the consumer, the industry lacks a standard vocabulary to distinguish between different levels of chrome plating. Terms such as “premium chrome” and “triple chrome plating” are little more than marketing buzzwords which can mean whatever the salesman wants them to mean. The best way to gauge the quality of the chrome plating used in your towel rail is to look at the price, warranty and reviews. If only appliances, like the food in our supermarkets, were required to display a list of their “ingredients” – only instead of 30% corn, 23% maize and 16% sugar, you might see 80% iron, 8% nickel, 2% carbon and trace amounts of chrome! 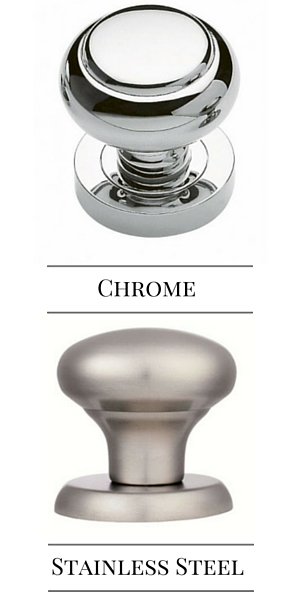 What's the difference between chrome and stainless steel?

Both stainless steel and chrome plated towel rails have their advantages and disadvantages. The main advantage of stainless steel is its durability. Chrome-plated objects are more vulnerable to chips and scratches than stainless steel. Depending on the quality of the chrome-plating, and the number of layers used, chrome plated objects can lose some of their layers over time, if exposed regularly to high levels of wear. However, as you can imagine, this is much less of an issue with towel rails than it is with vehicle parts or factory machinery. Unless you like to dry yourself with iron wool, the degree of abrasion suffered daily by your towel rail is likely to be minimal.

Aesthetically speaking, chrome can achieve a brighter shine than stainless steel, but stainless steel is easier to polish. In practice, even an expert can find it difficult to distinguish between polished stainless steel and multi-layered chrome.

However, there is one crucial difference between stainless steel and chrome – and that’s the price. Chrome towel rails are almost always cheaper than stainless steel towel rails because electrolysis is a cheaper manufacturing process than creating quality stainless alloys. When it comes to choosing an electric towel rail, it’s probably only worth going for stainless steel if you’re buying a particularly expensive designer towel rail that will be cheaper to repair and maintain rather than replace at the end of its lifespan.

Are chrome or white towel rails better for heating? 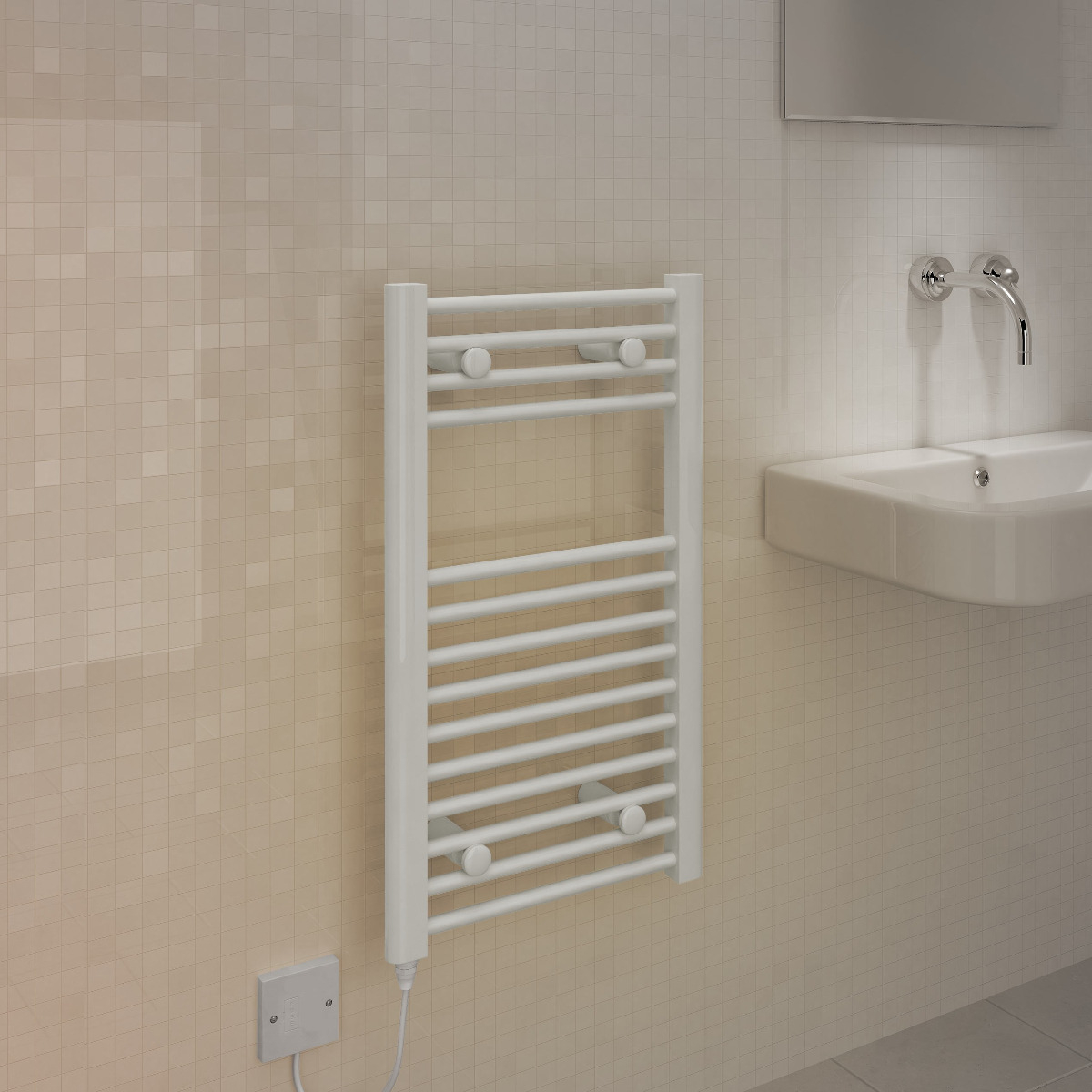 Forums can be a fantastic source of practical instruction and seasoned advice when doing your research for a heating solution. However, as you’ll discover as you search the net for information about electric towel rails, they can also be fertile breeding grounds for myths, misconceptions and wild fiction. One such myth, of mysterious origin, is the curious conviction expressed in several forums that white towel rails are somehow better heat conductors than chrome towel rails.

If you are concerned about the heat output of your towel rail, the best way to make your choice is by looking at the area it is designed to heat, rather than its colour. Every towel rail you will find listed at Electric Radiators Direct has its heating area specified on the product page, which will give you a good idea of what size towel rail you need to keep your bathroom cosy.

Ultimately, your choice of white or chrome towel rails can only come down to taste. Chrome is a fantastic choice for modern and contemporary bathrooms, timelessly associated with cleanliness, smooth lines and futuristic elegance. Chrome is a little harder to keep clean than white towel rails. Fingerprints, dust and water splashes all show up more easily on a chrome surface than on white – so you will need to allow the time to polish your towel rail if you want to maintain its shine. But if you’re looking for a timeless bathroom aesthetic that’s affordable as well as fashion proof – chrome always comes out shining.