Renewable energy is on the rise. From expansive windfarms covering acres of countryside to solar panels on our neighbour’s roof, spotting a renewable energy installation is no hard task these days. Solar photovoltaics in particular have seen an immense boost over the past few years, with DECC reporting installed capacity almost doubling in the year to 2014 (1), from 2.8GW at the end of 2013 to almost 5GW just 12 months later. Hailed as a ‘milestone achievement (1)’ by the Solar Trade Association, this rapid uptake of solar energy had to be being driven by something, and that something was (as if often the case) money.

Back in 2009, it was possible to install solar panels and start breaking a profit at some point in your lifetime. The first income stream was, clearly, the instant savings on your energy bills. But this relied upon your photovoltaic panels being installed correctly and efficiently, and there being enough consumption of energy during daylight hours to make it worth your while. 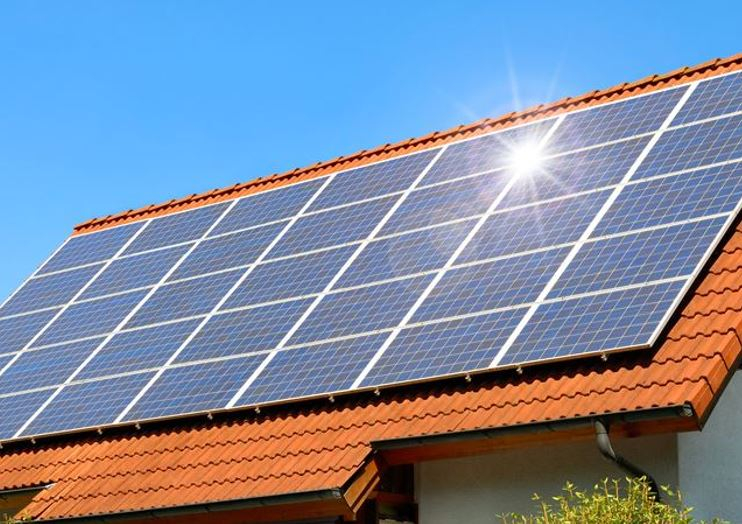 The second stream of cash came from selling energy back to the grid. In fact, ‘selling to the grid’ is a bit of a misnomer, because, in practice, the National Grid is actually a big step away from the consumer – with the energy suppliers standing firmly in the middle. Although you could sell your energy, it was typically through your own supplier.

Selling energy to the grid involved a large amount of red tape, and many owners of solar PV systems found it to be too much hassle. If you did manage to get your export meter installed and feeding power back to your supplier, you were typically paid somewhere between 6 and 9 pence per kWh fed back. While all of this was indeed helpful, it was a drop in the ocean compared to the cost of installing the system initially. With even small solar PV arrays costing in the region of £15,000 - £20,000, any homeowner with a calculator could figure out they were never going to break even on this deal. But then… everything changed.

The feed in tariff

In 2010 the UK government launched a ground-breaking new scheme to stimulate the uptake of renewable energy in Britain, and they named it the Feed in Tariff or FiT. Under FiT, you can be paid for all the energy you generate, whether you use it yourself or not, and can also get further money back when you generate a surplus which you can send to your supplier. The scheme was promised by the government and guaranteed for 20 years for every person approved on the scheme. In a nutshell, that means you could be making money from your solar panels for at least the next two decades.

How to make money on FiT

There are three ways in which you can benefit from the Feed in Tariff:

In a nutshell, people who began investing in electricity-producing renewable energy technology since 2010 are in a much better position to achieve a short payback period on the technology, and therefore items like solar panels have suddenly become a much better financial prospect.

The downsides of the feed in tariff

Right now, going through the Feed in Tariff is the only legitimate way to get money back for energy you are able to produce at home. This in itself is not a problem for most people, but for it does come with some drawbacks, for example:

There are stories to be found on various forums where people claim to have circumnavigated the FiT system and still secured payment for exported renewable energy, although they often admit this involves the purchase of expensive export meters. There aren’t many situations where this would offer a better option overall, but apparently it can be done if you’re really insistent. For most of us, going through the FiT scheme will not only allow us to export excess energy via a simple mechanism to our suppliers, it will also ensure we are paid for each and every unit we produce from our renewable energy investment. With the rollout of smart meters upon us imminently, measuring and paying for exported energy is about to get easier, so there really has never been a better time to invest in renewable electricity for the home. The mainstream adoption of electric heating is just around the corner as home-stored, home-generated electricity looks to be a key part of the UK's energy strategy. Stay ahead of the curve with our energy-efficient electric radiators, the perfect complement to home renewables.