You may have already read our articles on energy saving tips this winter, and even taken all the steps to ensure that your home is as efficient as they come, but there’s one option in particular which can offer you biggest saving; switching supplier. 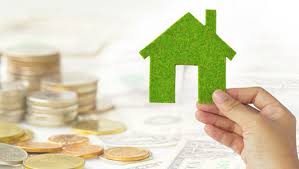 Many homeowners tend to avoid switching energy supplier as it’s often seen as a laborious and stressful process which can take as long as a few weeks to sort out, let alone feel the benefit.  The Government, however, is proposing to make this easier with market reforms, promising a switch turnaround time of as little as 2 days. Whether or not this can be practically implemented is yet to be seen but signs are generally positive - it would stimulate the marketplace while at the same time offering consumers more flexibility and room to explore. But why not start exploring now? The clearest message you can send your energy company that you aren’t happy with their price increases is to take your custom elsewhere.

The Energy Helpline have confirmed that one out five homes who are currently switching are making the leap from one of the big six to one of the smaller energy companies - and they stress this is something we should all be considering.  We’d strongly recommend you take a look at uSwitch and how they can help you assess your current costs and what other tariffs may be available to you with other companies.  They can also handle the legwork for your, making the process a great deal more simple and fluid.

uSwitch recently claimed that, “Smaller suppliers offer some of the most competitive deals and many give the big six a run for their money on customer service too. The larger suppliers need to be kept on their toes, and the best way for this to happen is for consumers to switch away if they are unhappy."

It’s perhaps disheartening that research from the same company has indicated that of all those willing to switch, only 56% of those would consider transferring outside of the big six. It seems there is still some concern and a lack of confidence in smaller energy companies, the biggest fear being that they may go bankrupt.  While this may be a legitimate consideration, you shouldn’t be fearful of losing your energy supply should a smaller firm go under. uSwitch are confident that Ofgem would step in and take control in the event.

Switching to a smaller provider would help keep the larger companies in check, and slowly release their monopoly hold on the market.  Currently, the cheapest tariff out there is offered by First Utility, which offers a fixed deal until May 2015 - at an average cost of £1,172 per year.  Currently, the average household bill under the big six will range from £1,330 to £1,490 per year after the increases come into effect.  Ovo are another small energy company offering competitive rates and a fixed low-cost 12 month tariff option, and the Co-op has its ‘Pioneer’ tariff.  These companies are able to offer smaller rates as they’re not obligated to pay green levies until they reach the 250,000 customer mark.  And with the Government set to make it easier for us to switch in the blink of an eye, perhaps we should stop worrying and switch to a cheaper supplier - it may be less of a dice roll than you think.