Radiator placement can be quite a controversial topic. As amusing as that might sound, it’s a topic that is more divisive than you may initially think and there are two distinct schools of thought that disagree on where radiators are best placed within the home. If you’re wondering where to install wall mounted electric radiators, it basically comes down to one question: is it best to place them under windows or not? Both sides of the argument are equally compelling but which should you listen to? 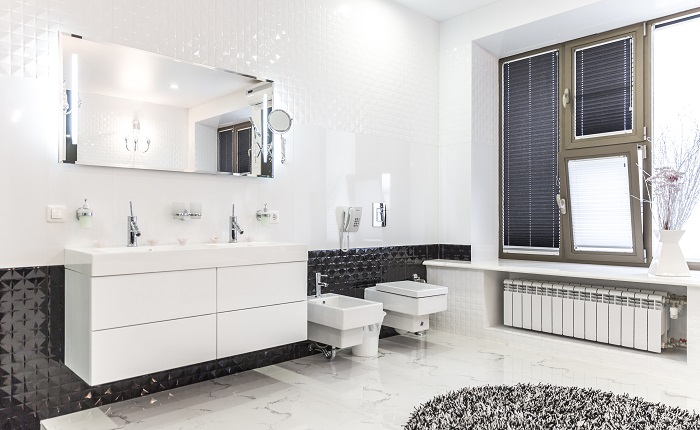 If you ask a builder, an engineer or an architect, chances are they will tell you that placing radiators under windows is the best solution for keeping a room an even temperature. As cold air enters our properties via the windows, placing radiators directly beneath means that any cooler air coming in will be warmed when it comes into contact with the heater. Once heated, the air rises up into the room and almost creates a barrier to prevent further heat loss from the windows, comfortably circulating an even warmth around the room. Having radiators on the opposite wall can actually make your room colder because air from outside isn’t heated as it enters the room. The lack of heating near the window lets the colder air creep across the floor, only heating when it reaches the radiator on the opposite side of the room, and can exaggerate the cooling/warming cycle of convection.

Another up-side to positioning your radiators underneath windows is that it’s a wall space too small for any other use and radiators will fit there perfectly snugly. The small patch of wall space under windows rarely sees any other use and by having your radiator there, the rest of your wall space is freed up for furniture. This can be particularly useful in smaller rooms where you may need to maximise space and stops radiators being placed behind furniture, such as sofas, that may absorb most of the heat generated. Placing radiators directly beneath windows is a tried and tested way of keeping a room at an even temperature, backed up by basic thermodynamic principals, so what is the argument against this method? 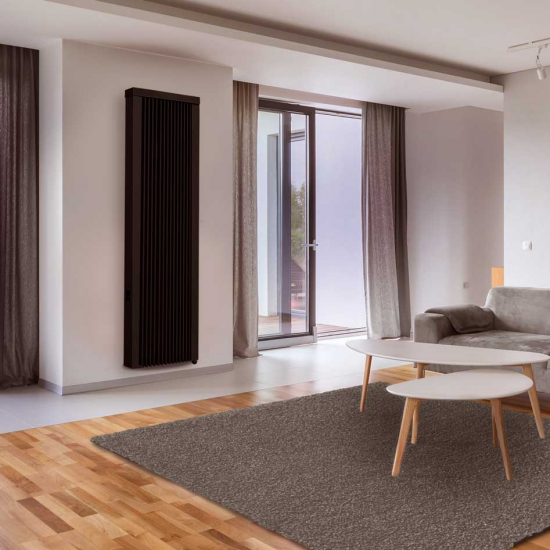 Some argue that in modern houses that are well insulated, there is much less need to have them installed beneath windows. In the past when all houses had single-glazing, heat loss through windows was a much bigger problem, making radiator positioning essential to keeping rooms warm. These days, however, modern properties have double or triple-glazed windows as well as superior insulation levels compared to older build homes.

Now that homes tend to be better insulated, there are many that believe radiator positioning is a relatively moot point provided they are placed sensibly where they will not be blocked by furniture or curtains. Where radiators were traditionally placed beneath windows, they tended to be the same shape and style for this purpose but as home insulation has improved, this has all changed. The variety of products available as heating solutions on the market now are much more varied and many homes are enjoying the freedom of being able to place their heating systems wherever it suits best. Vertical radiators have become particularly fashionable and can be placed in previously ‘unusable’ areas such as alcoves or narrow wall spaces, giving much greater freedom to homeowners who were previously governed solely by where existing pipework was in the house.

Wall mounted electric radiators also have much more flexible installation possibilities and can either be hard wired into the mains or plugged into a standard 13-amp socket. So, rather than paying for costly and time consuming alterations to central heating pipework, many homeowners are instead choosing to fit electric heating solutions in other areas of the room to work around their interior design and room layout.

Which Method is Best for Me? 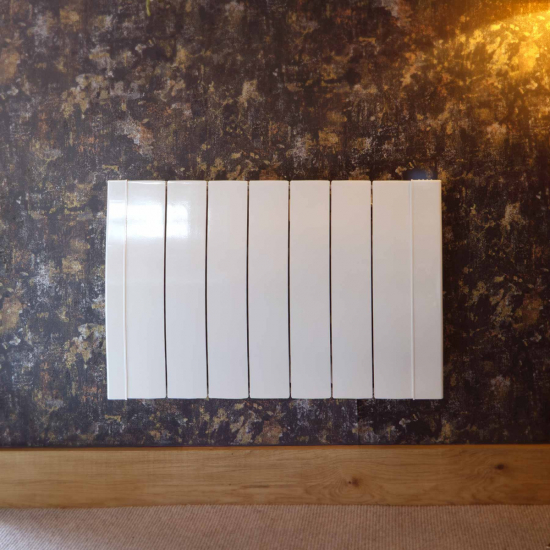 Deciding where to place your wall mounted electric radiator is largely down to the quality of your insulation. If you have a well-insulated room with double-glazed windows, you will most likely be able to position your radiator anywhere within the room space and still have it work effectively. Whether you place it near the door, near the window, in an alcove or on a main wall, your home’s insulation will keep all the warmth where it needs to be and any cold air encroaching into your room near the windows will be negligible.

On the other hand, if you live in an older property with single-glazing and poorer insulation, fitting your radiator beneath the window will be one of the most effective places to install it. Another popular location for radiators in older homes are external walls which help to prevent condensation and lessen the effect of the colder outside temperature from seeping into the room. It may not be your ideal choice, but fitting your radiator beneath the window is practical and means that it will be out of the way, giving you as much room as possible for your furnishings.

If you’re considering purchasing an electric radiator, we have a fantastic range of products available which are suitable for DIY installation and can be fitted in under 10 minutes. It’s a simple procedure that can be done almost anywhere within the home, without any of the fuss and bother of having to adjust pipework. The best part about electric radiators is that it’s a completely dry system and can be used the moment you plug it in, no matter where you decide to install it!