As well as being the only heating system to provide a practical storage solution, towel rails are synonymous with style, a universal sign of luxury. In recent years, electric towel rails haven’t just become more affordable, they’ve also become more varied in terms of style. From small, under-window rails to ultra-sophisticated glass panel heaters, there’s something for every bathroom, no matter the size. If you’re still on the fence when it comes to picking out a towel rail, our style guide can help you make that all-important decision. 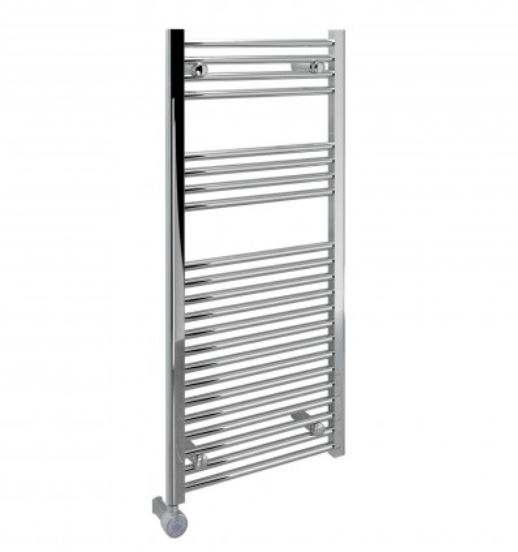 Whenever you think of electric heated towel rails, it’s impossible not to instantly imagine a shiny chrome heater with a sparkling polished surface. Chrome towel rails are the ubiquitous bathroom heater, providing a spotless aesthetic that exudes refinement. If you’re looking for a heater that will look good in just about any space, a chrome towel rail will do just that. They’re exceptionally versatile when it comes to complementing interior design schemes and will perfectly match any other chrome fittings in your bathroom. Chrome towel rails are likely to be most people’s first choice when it comes to bathroom heating but there are some occasions where they might not be the best fit. If you’ve chosen a bright or bold statement colour, chrome towel rails can look a little lost on the wall, so you may want to look for a heater that offers more of a contrast. It’s also worth noting that chrome is more prone to showing up water and finger marks – not a particularly deal-breaking problem but they can look a little scruffy if they’re not given a regular wipe down. We offer a wide variety of chrome towel rails to choose from, although we highly recommend our Kudox Thermostatic Electric Towel Rail, which comes with a timer function and integrated surface temperature control. 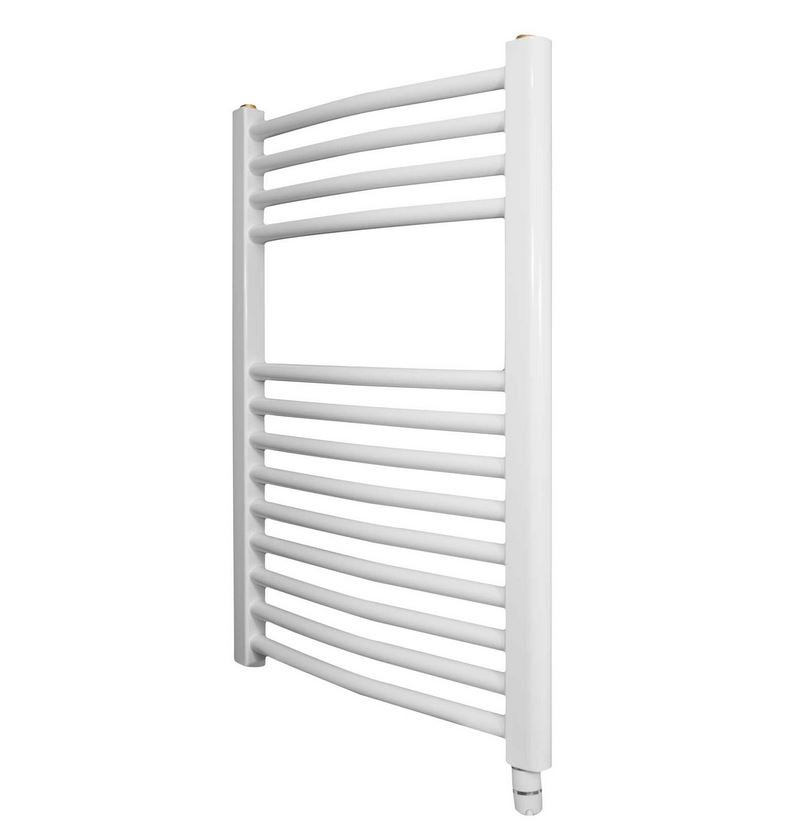 White is a popular alternative to chrome, providing a neutral, clean aesthetic that looks exceptional against any bathroom decor, contemporary or traditional. Unlike chrome, white electric towel rails will really ‘pop’ against bright statement walls or darker colours and can create a pleasant contrast that will draw the eye. The slightly softer appearance of white towel rails can also complement bathrooms that make use of earth tones, particularly if they’re paired with stone tiles, as they can help to create a more relaxed and calming feel. An additional benefit to white towel rails is that they’re a little more efficient than chrome because their powder-coated surfaces are less insulating. It’s not a big difference in efficiency mind you, and certainly isn’t enough to deter customers away from chrome-plated heaters, however it’s a nice little bonus if you do decide to opt for a white electric towel rail. Our selection of white towel rails includes thermostatically controlled models as well as fully programmable systems, however, if you’re looking for something more affordable take a look at our Richmond 300w electric towel rail priced at just £79.99. 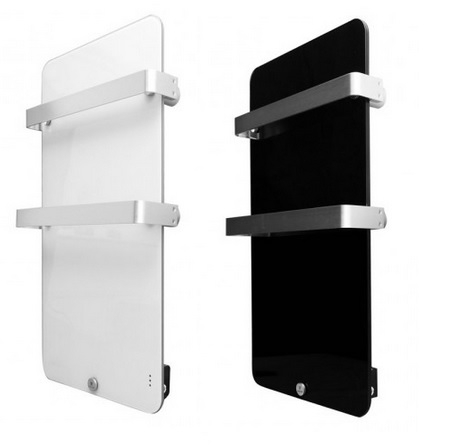 A complete departure from the ladder-style rails we’re all familiar with, glass panel electric towel rails have a sleek, high-tech appearance that could have been lifted straight out of a sci-fi film. Rather than having heated rungs, these electric bathroom heaters use a large, flat, glass-panelled back to effectively heat your towels. Glass towel rails are an absolute must for contemporary bathrooms and are guaranteed to create a commanding room feature that grabs attention the moment you walk through the door. They’re not just an eye-catching centrepiece in terms of their design: their coloured glass can also help to create a striking visual contrast that will augment your interior design. Many glass heated towel rails are available in black, which will look outstanding against a white background, or will blend subtly with darker wall colourings. While these towel rails won’t work with every type of décor, they’re certainly worth considering if you want your bathroom to have maximum visual impact. If a glass electric towel rail sounds like a good match for your en suite or cloakroom, take a look at our Ecostrad Magnum bathroom heaters, available in both black and white. 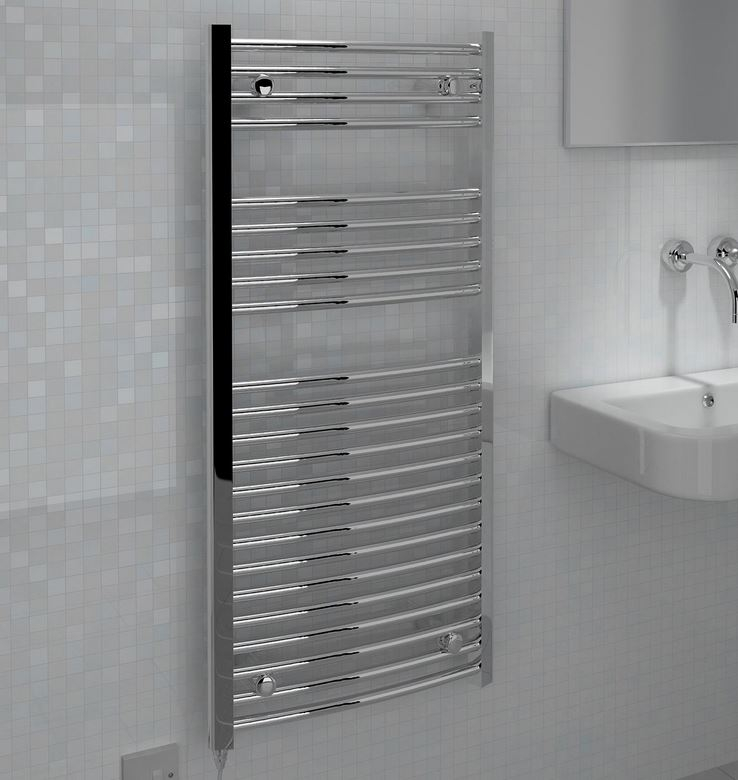 The difference between curved and straight bars might only be slight but each project their own distinct feel. Traditional towel rails with a straight bar design sport a linear aesthetic which will look good in minimalist bathrooms, as well as spaces with more of a clean-cut feel. Curved rails on the other hand have a softer appearance that creates a feeling of elegance and luxury. If you want your bathroom to act as a glamorous setting for your morning ablutions, a curved towel rail will definitely help to create that elegant look. There can also be practical reasons for choosing a curved towel rail. The greater surface area per bar means that curved towel rails radiate a little more heat, and as their bars are bowed further away from the wall, it also means they tend to accommodate plumper towels. Again, this doesn’t mean you should base your purchase entirely on this tiny plus point – straight-bar towel rails will still make an excellent solution and come in many different sizes, so you’ll easily be able to find one that suits even the busiest family bathroom.

Our electric towel rails are an effective and convenient way of keeping your bathroom and towels warm, so for more inspiration, take a look at our full range. We stock everything from low-cost affordable bathroom heating solutions, all the way to high-end, fully programmable towel rails that will heat according to your schedule. Whatever style you’re looking to create, Electric Radiators Direct has the solution.