It’s no secret that any privately let property will need to have an EPC rating (Energy Performance Certificate) of E or above in order to comply with regulations. Whereas anything rated F or G is deemed unfit for purpose. This has far-reaching implications for anyone reliant on rent as a primary source of income and landlords across the country must ensure their properties ready in time for the deadline. Despite their importance, EPC ratings are not widely understood by the general public, which can lead to further confusion once property owners have received their assessment recommendations.

What is an EPC rating? 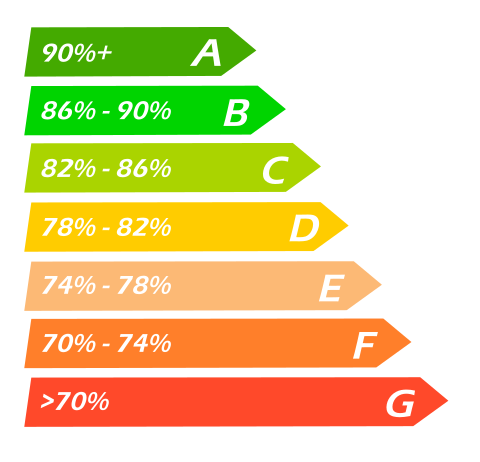 Energy Performance Certificates are created using the government’s Standard Assessment Procedure (SAP) and contain information about a property’s typical energy usage and running costs. Using information about the building – e.g. insulation quality, windows, heating and lighting – assessors make an estimate of a property’s overall efficiency. They then offer suggestions on how further improvements could be made to reduce running costs. EPC ratings are colour coded from A to G, with A representing the most energy-efficient properties and G the worst. A separate ratings chart is also provided to indicate a property’s CO2 impact on the environment using the same A to G scale.

Do electric radiators have EPC ratings?

If EPC ratings look familiar, it’s because they’re remarkably similar to the EU energy labels seen on white goods to indicate how efficiently they operate. We’re sometimes asked by customers, ‘what EPC ratings do your electric radiators have?’ but it’s important to note that EPC ratings apply to properties only. Plus, electric local space heaters aren’t currently included in the list of appliances that require energy labels, which means they don’t have any exact ratings.

Why are the new rules being implemented?

Inefficient properties waste energy and contribute to the UK’s total greenhouse gas emissions – that’s the bottom line. Poorly rated properties in the F and G bands leave tenants footing hefty bills when it comes to energy usage. It can put undue strain on some of the more vulnerable members of society who already struggle to make ends meet. The government’s official guidance document for domestic landlords spells out the prevalence of fuel poverty in no uncertain terms, stating:

Both Scotland and Northern Ireland are not mentioned here. This is because Scotland already has similar legislation in place and Northern Ireland has not yet agreed minimum energy-efficiency requirements for rental properties. It’s in everybody’s interests to improve the efficiency of domestic dwellings, but what constitutes F and G rated properties is currently a subject of heated debate.

How are EPC ratings calculated? 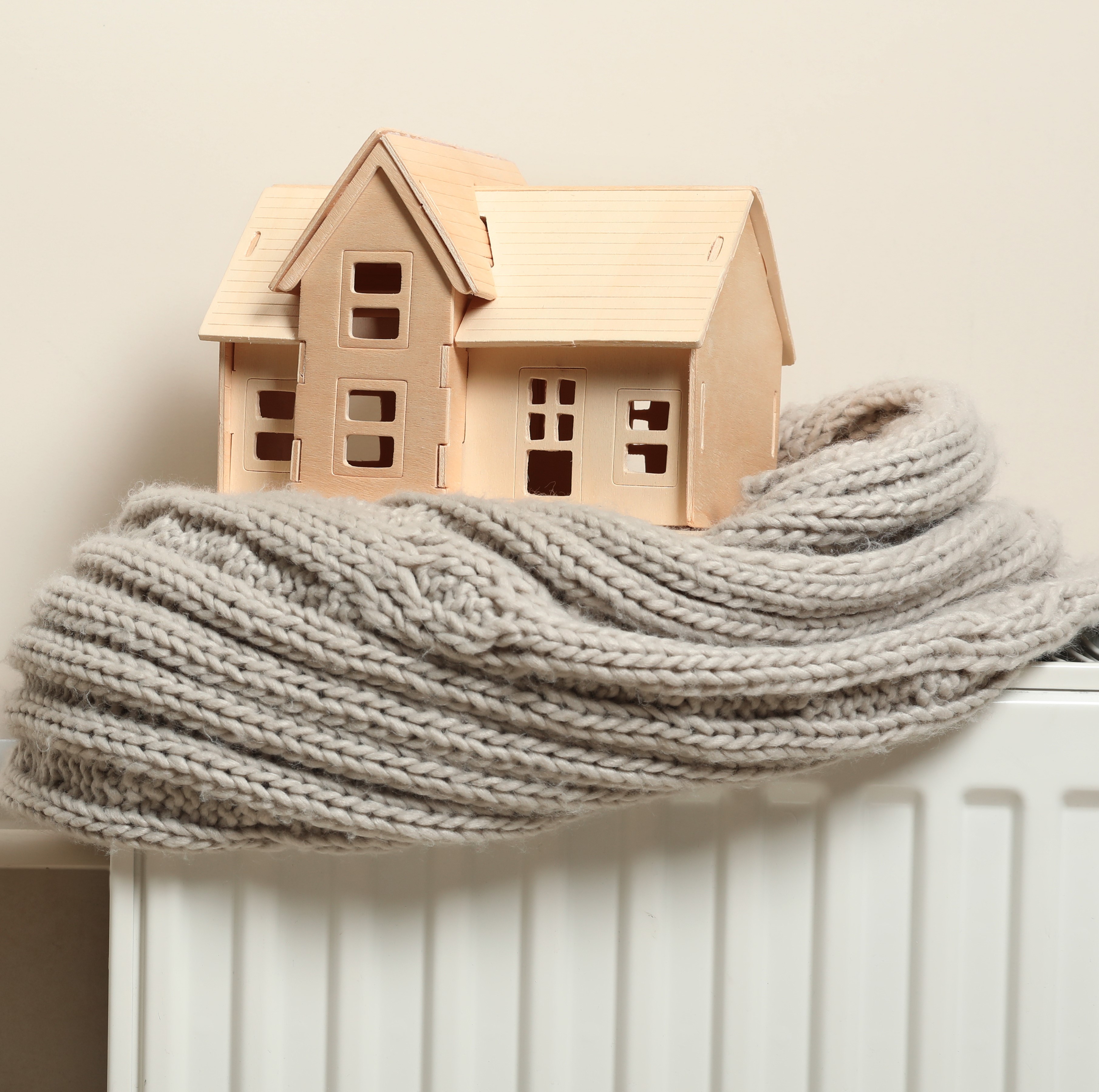 Concrete information about how EPC ratings are calculated is hard to come by online. This is partly because EPC ratings have to be conducted by a qualified assessor and partly because the calculation is created by entering data into a bespoke piece of software. Though the exact formula is a closely guarded secret, some basic information is available to help you get to grips with how properties are assessed and what aspects are included in the assessment.

What are assessors looking for?

When an accredited assessor looks at your property, they consider a variety of factors ranging from the age of the building all the way to the types of heating controls installed. The information used includes:

Once assessed, you’ll be supplied with an Energy Performance Certificate which outlines your property’s predicted and potential running costs, as well as a list of any improvements that could be made. Suggested improvements can be as simple as replacing all the lightbulbs in the property with energy-efficient models or they could be more substantial changes, such as cavity wall insulation. Keep in mind that these assessments are non-invasive. If you’ve already had insulation installed, you should keep any documentation on hand to prove that the work has been carried out.

When everything has been weighed up, each aspect of your property will be given a rating out of 5 stars to indicate its performance. For example, if you still have incandescent bulbs throughout most of the building, you may only get a 1 or 2 star rating for your lighting. Whereas you might have gotten 4 or 5 stars had they been replaced with current LED equivalents.

Will electric heating make a difference to my EPC rating?

The dreaded ‘1 star rating’ is understandably a cause for concern for any landlord, especially for those that take pride in offering the very best for their tenants. It can be disheartening to receive this rating if you’ve just updated your heating system. Unfortunately, for EPC ratings to be comparable on a like-for-like basis, the system has to paint the broadest of strokes and this means making many generalisations when it comes to running costs and energy usage.

Rather than looking at actual efficiency at point of use – of which electric heaters always get 100%! – EPC ratings are more concerned with the base unit cost of energy. When it comes to gas versus electric, gas will always come out as top dog. Electric heating doesn’t fare well on the CO2 ratings chart either as the assessment is based on the production of electricity via our inefficient and somewhat outdated power stations. None of this necessarily means that your heating system is poor quality. In fact, the most sophisticated electric heating solutions on the market could still be judged as 1 star purely because of our heavy use of fossil fuels to create electricity. This neatly brings us to our next topic: the problems with EPC ratings for landlords.

Just how trustworthy are EPC ratings?

EPC ratings have been met with criticism since their inception. Initially there were concerns that they would be overly harsh to listed buildings that couldn’t accommodate modern insulation methods. While this has now been considered in recent revisions, fresh concerns have been raised in regard to the accuracy of the calculation. New data from the Building Research Establishment indicates that around 100,000 properties may be incorrectly classified as F or G because the energy efficiency of solid and uninsulated cavity walls has been underestimated.

The controversy doesn’t stop there. EPC ratings are becoming a real headache for landlords when it comes to electric heating because of the recommendations being made. Properties with the latest electric heating systems are being given 1 star ratings with the suggestion they replace them with storage heaters – a heating system that is largely falling out of favour because of their inefficiency and lack of control.

The storage heater’s fall from grace was made abundantly clear from the new Lot 20 regulations that came into force in January 2018. This new EU legislation meant that any products manufactured in 2018 would need to adhere to new energy-efficiency targets. The conditions set for storage heaters were among the strictest and meant that, aside from the most sophisticated models, the vast majority would be phased out. Storage heaters were the biggest casualty of Lot 20 and proof of how outmoded they are in today’s world. So, even though Lot 20 did its best to remove the dead weight from the electric heating industry, why are landlords being directed back towards storage heaters?

Why storage heaters are recommended

It’s because of how electric heating systems are treated under the Standard Assessment Procedure. As we’re currently still dependent on fossil fuels to create a large proportion of our energy, all electric heaters are tarred with the same brush during a SAP assessment. The only thing that sets storage heaters apart from the rest of the electric heating world is that they’re designed to be used with off-peak tariffs and can be potentially cheaper to run if you can make Economy 7 work with your lifestyle. That’s a big ‘if’ – very few modern lifestyles allow households to make the most of economy tariffs these days, which is part of the reason these heaters fell out of style in the first place. Though they might offer a slightly better rating over other electric heaters, they can still give your property a worse CO2 rating because of how much energy they consume to run.

This leaves landlords with the following conundrum: should they keep their clunky old storage heaters in the hopes of getting a better EPC rating, or replace them with more energy-efficient and controllable heaters, risking a lower score in the process?

It’s a slap in the face to landlords who’ve gone out of their way to provide their tenants with the most efficient heaters on the market. Until we’re sourcing more of our electricity from renewables, the low EPC rating for electric systems is likely to persist. Some landlords are finding their properties are getting better EPC ratings compared to 10 years ago when the system was still in its infancy – a small sign that things are improving. However, with the accuracy of the assessments still in question, landlords with F or G rated properties are being left in limbo to decide whether it’s worth making changes now or waiting to see how things pan out. Considering the government’s plans to get all privately rented properties to a C rating by 2030, the future of EPCs is something landlords will be monitoring with keen interest.

How can I improve my EPC rating?

It might seem like your heating system is the be all and end all of your EPC rating but remember that it’s based on the sum of a property’s parts. Always look to the cheapest fixes first when you’re trying to improve your rating because in some instances all it takes is a few inexpensive changes to nudge a property into the E band. Lighting and loft insulation provide the quickest gains, but if you’re not sure where to start, always contact your assessor for further advice.

Be ahead of the curve with electric radiators

Talking it through with an expert is a must if you’re a long way off hitting the minimum requirement. They can suggest options that will work best within your budget. It might be tempting to leave storage heaters in place for now, but landlords will have to bear in mind that these old appliances could be a deterrent to new tenants because of their unfamiliar and limited controls. In comparison, modern electric radiators are responsive and adaptable – a far more desirable prospect for tenants weighing up their options.