Solar power is a renewable resource with the potential to transform the world energy market. As the environmental cost of burning fossil fuels increasingly takes its toll, the drive to switch to sustainable resources grows ever more urgent – and solar power is amongst those renewable resources that could help deliver a greener energy industry. If we get it right, solar power could help us minimise our dependence on fossil fuels and set us up for a greener, cleaner, safer future.

But with journalists and politicians everywhere debating the economic viability of solar power, it can be difficult to know who to believe. Are we being misled by idealistic eco-warriors determined to go green no matter the cost? Or have we been hoodwinked into eco-scepticism by energy tycoons with a vested interest in our continued reliance on fossil fuels? Who can we believe? Who is right and who is wrong – and why is it so difficult for us to reach a consensus on what, you might think, should be a purely scientific question?

There are a number of reasons both practical and political that contribute to a frustrating lack of clarity in our understanding of the economics of sustainable fuels.

Firstly, at a purely practical level, the technology is very new. Solar power was first used to generate electricity in 1883 – but widespread use of solar panels to generate household electricity is a phenomenon of more recent decades. Not only is the technology new, it is forever changing – with new innovations constantly improving the energy efficiency and practicality of home solar panels. Facts about the costs and benefits of solar power quickly go out of date, restricting an in-depth understanding of their cost-effectiveness to industry experts. 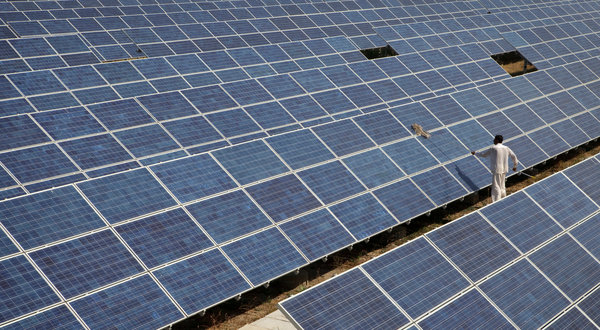 This leads us on to a second practical point: calculating the cost efficiency of solar panels, on an international or even national scale, is extremely complex. Think about how difficult it is even to estimate your own household heating costs when making choices about energy providers. You need to understand your own energy consumption and how it fluctuates throughout the year; you need to understand the efficiency of all the appliances in your house; you need to understand the complex array of tariffs advertised by all the different energy companies; and a general sense of the future energy climate is useful too. Imagine making that calculation not for just one home but for an entire country!

If you want to understand the cost effectiveness of solar panels, you have to think on a huge scale and consider a very long list of indirect benefits and costs. Most obviously, there’s the amount of power generated versus the costs of manufacture, installation and maintenance. Less obviously, there’s the pressure alleviated from the National Grid, the savings made in reduced emissions, the price for the future in terms of climate control and the development of sustainable infrastructure, political costs and benefits including compliance with international eco-friendly regulations, and the money saved at a consumer level without the imposition of profit-hungry energy providers. And that’s just the tip of the iceberg. Who is most qualified to make this calculation? The perfect candidate would ideally be a scientist and an engineer, as well as an economist, a homeowner, and maybe even an electrician on the side.

The complexity of the issue leaves plenty of scope for reporters to pick and choose stats that will support their position. This introduces a political dimension to the problem – with the facts about solar energy efficiency often obscured by statistical cherry picking to protect vested interests.

An excellent example of this sort of statistical cherry-picking arose publically in Australia earlier this week. Australia, with its enviable hot summers and bright winters, is a world leader in solar power development, with 1 in 4 houses equipped with solar panels in certain states. This month has been an exciting time for solar power across the world, with the motor company Tesla announcing a battery storage system for electricity which could cut the cost of electric storage by half  – making it possible for consumers in countries with Australia’s levels of sun to live more cheaply than on electricity from the grid. These batteries might offer the potential for the ultimate sustainable lifestyle: allowing households to run their appliances and heat their homes with zero emissions, totally independent from the National Grid.

So – a good outlook for Australian solar energy? Not according to the majority of the press. This week story after story has appeared in Australian newspapers with headlines lamenting that the cost of household solar has outweighed its benefits with a 9 billion dollar shortfall.

The source of the hysteria stems from a report by the Grattan Institute, an independent Australian think tank dedicated to developing solutions to the country’s most pressing problems. The report is overwhelmingly positive, hailing recent developments in solar energy technology as ‘an energy revolution’ and discussing the most cost-effective way for the government to enable continued expansion. They are, however, critical about current government solar energy schemes – and it is here that the $9 billion figure appears, as a measure for the overall loss involved in solar power with the input of government money.

The figure itself is hotly disputed. Giles Parkinson from RenewEconomy, Australian analysers of clean energy news and climate policy, describes the report – relatively positive as it is – as ‘a witch’s brew of mistaken assumptions and omissions’. Parkinson points out that the report does not take into account any benefits from the panels beyond a 15 year span, ignores the transfer of profits from energy companies to individual households, and overlooks the reduction in wholesale energy prices – and the list continues.

But even without questioning the veracity of the original report, the Chinese-whisper effect of energy reporting is evident. Seeds of negativity – however arbitrarily derived or widely disputed – in a pro-solar power article are all-too easily seized upon and blown up into headlines condemning solar technology and prophesying the collapse of the renewable energy industry as a whole.

It’s hardly a surprise that popular newspapers prefer to go for the big, scary headlines. Perhaps that’s what sells papers best: feeding off the very human fear of change, our inherited pessimism about real solutions to worldwide problems. “An eco-friendly solution that could power our homes when we need it for as long as we need it? There must be a catch…”

However, it doesn’t hurt to take a more cynical view of the apparent impulse of popular newspapers to condemn solar power on the slightest available evidence. The people who have most to lose from a fully sustainable green energy future are the big bosses in the fossil fuel industry: the oil tycoons, the energy company directors, the nuclear power investors. These are rich and powerful people with vast sums of money tied up in non-renewable fuels. It’s in their interests to spread fear and doubt about sustainable energy generation – and with wide-reaching influence and money to spare there are plenty of channels open for them to tell their own, self-serving versions of the solar power story.

So that begs the question again: who to trust? Where can we find independent, intelligent energy analysis that tells us the true story about sustainable energy viability?

The bad news is – it’s hard to do. Certainly it’s wise to take any report from a company making big money out of non-renewables with a pinch of salt – but it’s not always clear which popular papers are under the influence of powerful sponsors with anti-eco vested interests.

The best advice is: read around. Keep questioning. Search for independent experts and academics who really know what they’re talking about – but keep an eye on who’s writing their paycheck. Read carefully and critically and don’t trust blindly in statistics which are easily manipulated to support the interests of the reporter.

Unfortunately, getting reliable information about solar power viability can be hard work. But it’s also important. However long term, renewable energy is our future. In the words of Giles Parkinson:

Solar has won. Storage will see to that. It’s just that some people don’t know it yet. The onus is on the energy industry to be smart about its response, and not rely on dumb economics.

Let us hope that the future holds not just continued development of exciting renewable energy solutions – but also honest and intelligent media coverage that encourages the world to embrace the possibility of a truly green energy economy.