The Electricity Demand Reduction Programme, a proposal put into motion by energy and climate change secretary Ed Davy, has recently come under fire from some of Britain’s chief industrial companies. The main objective of the proposal is to reduce household utility bills by saving energy but is now receiving heavy criticism and seems set to fail.

Among the detractors are the Association for the Conservation of Energy (whose affiliates include E-ON, Honeywell, the Green Alliance and the World Wildlife Foundation). The ACE recently wrote to Davy expressing their concerns.

“We feel that your department continues to treat electricity saving as a low priority, and fear it will miss the opportunity to reduce the UK's electricity bills. We would urge you to aim higher and use the energy bill to create a step change in the UK's energy efficiency," they write. The main focus of their critique seems to centre around the ‘capacity mechanism’ 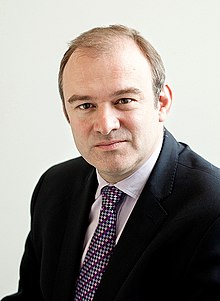 which is when large companies such as hospitals and businesses actually get paid to provide a backup energy supply or reduce their energy usage to an agreed level. ACE and its many influential followers have argued that these proposed methods are too complex and difficult for smaller companies to adhere to and have instead urged the government to consider a ‘feed-in tariff’.

Feed in-tariffs are currently widely adopted by solar panel users and bill-payers are rewarded for generating their own electricity. These tariffs are good news for electric radiator users and could go some way in offsetting the cost to heating a home through the winter. In a nutshell, ACE wants Davy to reward people actively producing and using their own electricity, rather than throwing money at those who simply use less, giving confidence to those who may consider investing and moving into the energy saving market. Davy’s proposed programme also involves a complex ‘bidding’ system which rewards a company for hitting its own energy saving targets within a specific time frame, but this only serves reinforce ACE’s implication that the proposal is overly and needlessly complex.

Green Alliance went on record as saying, “The Department of Energy and Climate Change isn't applying the same reforming zeal to reducing energy bills as it is to supporting new power stations. The government is missing the biggest opportunity in a generation to create a new market for electricity saving and stimulate a new wave of business activity." Which sums up ACE’s position rather well also. It seems that government reform is too heavily geared towards generating more energy but not incentivising other businesses to do the same, which is an opportunity missed and an inefficient way of passing savings on to the consumer.

Sustainable Development Manager at the Co-op went on to add, “As a business that has reduced its own emissions by over 40% in the last six years we're acutely aware of the potential that energy efficiency offers. The energy bill needs to go much further in offering incentives for businesses across the UK to save energy, rather than blindly paying for spare capacity in new power stations.”

Furthermore, research carried out by the Green Alliance and its partners illustrated that a reduction in demand of this scale in the US lead to only 3% of money saved being reinvested in energy efficiency programmes. Their research also showed that feed-in-tariffs which have been trialled in the US have led to reduced consumer bills and, more importantly, driven industry innovations in energy efficiency.